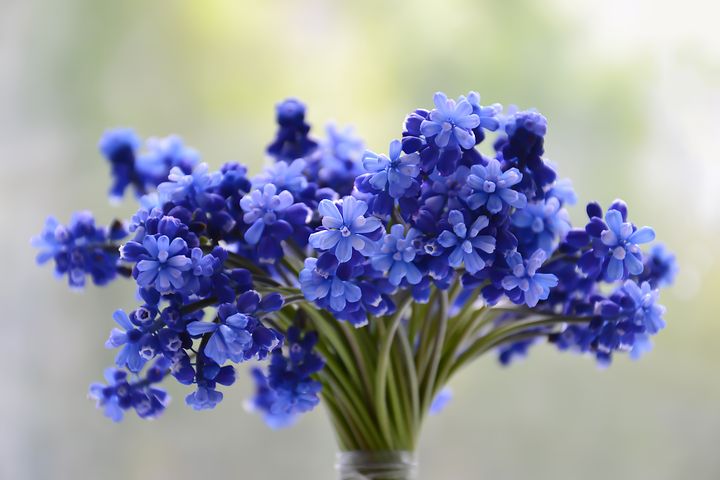 It’s June and your accountant is reminding you about urgent actions to maximise your financial position. What about your work? You do spend at least 8 hours a day there. I know that’s an obvious and boring statement but still…

We’re all keen on listening to our accountants.

Can I put in a plea to consider these End of Financial Year Career Brickbats and Bouquets? The brickbats illustrate avoidable traps and the bouquets really do set you up for more happiness at work.

Brickbat #1: Women complaining about being shut out of a man’s world without having an action plan

I’m a feminist from way back. Whilst still in my teens, I admired my elder sister as she made it very clear to her new husband that they were going to be sharing the household chores right from the start. Annie was well ahead of her friends in this regard and I just naturally followed suit.

In the business world, I’d positively relish seeing women gain the respect they generally deserve and be appointed to Boards, Executive roles and politics according to their merits. However, in the short term, whilst we are waiting for the world to be perfect, I do not waste energy focusing on how hard it is for women to succeed.  As a career specialist, I look at the reality each individual female client faces and help her to bridge any gap.

If you are female and missing out on such roles, it’s worth taking a look at yourself to see if there are changes you can make to ensure that you hit the mark. Many Executives are introduced as possible Board members by a current Board member.  That is the way of the world.  Rather than bemoaning the Boys Club, it might be worth implementing a targeted networking campaign.  The process is the same as Job Search Networking – it just has a different aim.

It’s also worth checking that you have the right persona for an Executive / Board role. Often, these are quite superficial issues that are easily rectified.  Men, for example, have an immense advantage that comes from The Suit (which is why it has probably lasted all these years.) I’ll applaud you all the way if you cut through without ‘looking the part’ but there’s no doubt that it’s easier to penetrate a new circle if you do fit in with their expectations.

‘That’s all right doctor.  I know that your advice is free but my mother has recovered from many illnesses herself, so she’s going to help me to recover from this bout of pneumonia.’

‘That’s alright doctor.  My wife and I have got together and we are going to treat this illness ourselves.’

Last year, I was so shocked when two employees from a client company were made redundant but declined our help. It has happened before but generally the people involved are more senior and think that their high level of on-the-job competency means they are also experts at career transition.

These two people were leaving entry-level manufacturing roles in Adelaide, capital city of what is all too often called the Rust Belt State. Yet, they were both comfortable that they didn’t need our (free) support. One person was going to work up a résumé with the help of his wife and the other was going to rely on his mother whom he assured me had applied for lots of roles in the past and so knew what she was doing.

I did follow up a few months later and neither party had a job at the time.  Believe it or not, I again talked about how we could help them, but no go this time either.

What about if you have to pay for a career expert out of your own pocket? Deciding to go it alone is easier to understand in these circumstances, of course. However…

I chatted last week to someone who had a very big payout but was reluctant to spend any money on a Financial Planner.  She intended to keep all the money in a term deposit. In my head, I did the sums and calculated the cost of the Planner as a percentage of the whole payout.  I know what I would have done.

You can argue the same with job search advice.  Calculate the cost in terms of the time you spend in finding a new role, unhappiness, lack of confidence, waste of time applying for unlikely roles.  Then, decide whether it’s worth checking your approach with an expert. (By the way, you’ll find a list of Career Practitioners on the Career Development Association of Australia website).

On a more positive note, what about the bouquets?

This last year, as always, I’ve met so many lovely and interesting people.  Three of them stand out in particular.

Bouquet #1: They reap what they have sowed

How lovely it is to work with someone who barely needs me.

A recent client ‘Steve’ gave lie to all the normal stereotypes.  He was clearly over 60, and was quietly spoken and unassuming.  Yet, it was obvious that he was easily going to pick up a new role.

He had a wonderful reputation in his industry.

I happened to meet a former boss of his and I will always remember what she said, ’He would be the last person I would let go in the company, that’s how good he is.’

His reward? Recruiters put him forward for ‘hidden’ roles they were filling, his stories at interviews were quietly compelling and he picked up an excellent new role within a short period of time.

The message is obvious.  The world these days is a small place.  Especially with LinkedIn, most people can find out about what you are really like in the workplace.

The feedback about Steve was outstanding. What would people say about you?

Bouquet #2: Catching up on a technical skills deficit

In all my years of helping people to find a new job, I can’t remember anyone quite like ‘Katie’.  She was bright, bubbly, fun and appealing.  These are wonderful advantages when you are looking for a new job.  She was also extremely good at her mid-level job but it was in a narrow technical area with very limited prospects of future employment.  Katie had never learned basic skills like Word / Excel and she was going to struggle to find work unless she did something about this.

As with other clients in similar circumstances, we alerted Katie to excellent, very low cost training that she could sign up for.  The difference was that Katie was not a ‘gonna’ as in ‘I’m gonna do that one day…’

She started the very next day.  Katie had the discipline to complete her Word and Excel exercises every morning before she started any other job search activities. No moaning, no excuses, just solid work.

Obviously, it paid off and Katie found a job soon after.

At a recent session, ‘Hue’ had a bad cold and confessed that he just did not feel like taking charge of his job search.  Nothing new there – very few clients tell me that they actually want to tackle the Hidden Job Market (i.e. searching for those roles that are never advertised.)

What did surprise me was that Hue went on to comment that, in the past, he generally hunted out his own jobs, even going so far as doing the dreaded Cold Call.  Hue had a strong belief that he had value in the market place and that someone would recognise his ability and offer him a good job. So, he was not afraid to take the lead to identify such people and then approach them.

Hue was interested in learning about ‘proper’ Job Search Networking so we covered off on all the details over a couple of sessions.

Lo and behold, the next time I saw Hue, he reported back on a string of strategic, well conducted Job Search Networking meetings. He found his next job through a contact made at his previous workplace. And, the location was much closer to home, which was part of his aim.

Hue had both confidence and bravery – an irresistible combination.

I did want to finish off talking about Jane.  She was one of those rare individuals willing to forgo the big salary for better career satisfaction. But that’s for another time…