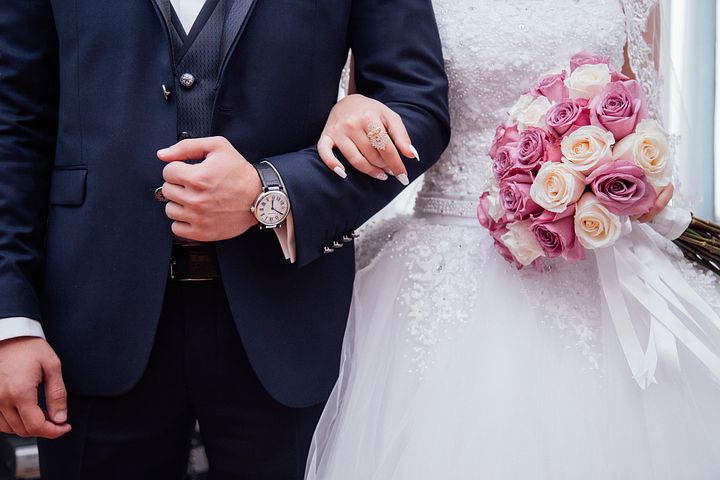 I should keep the statistics…the number of people who accept a job offer without properly checking out the organisation first. It kind of reminds me of that reality TV program, the one where strangers decide whether to get married or not.

You can guess where I am heading with this.

Really strict (as in good) career experts will advise a job seeker to keep looking for other roles up to three months after they have won their new role.  I know that I should urge my clients to do the same thing but I don’t because I also know that this advice would absolutely fall on deaf ears. Once they’ve signed that new job contract, most people heave a huge sigh of relief, take a quick holiday if they can and then start their new professional lives.

And yet, this approach can be almost as dangerous as deciding to reveal your shallowness to the entire world on a crass reality TV show.

At least check the place out before you sign your life away!

Right in the middle of the Global Financial Crisis, I was working with a Logistics Executive, “Irma”.  It was that funny period where companies all around Australia froze their hiring activity. Irma was quite unconventional in her outlook and she came from one of the most unstructured, fast moving companies you could imagine.

I can still remember exactly where I was when we had the conversation about whether she should accept a role in Local Government, that’s what a poor match we both knew it was.  Talk about chalk and cheese!

It’s never my job to tell anyone what to do, of course, but sometimes I’ll play Devil’s Advocate.  In this instance, I did no such thing, so dire was the job market that Irma faced. My advice was to talk it through with her husband, of course, but to make sure that if she decided to take the role, she had an exit strategy in case it didn’t work out.

Irma took the role in good faith but five months later was out of there and back in the private sector.

What can you do to vet the organisation you receive a job offer from?

There’s absolutely no excuse these days with the wonderful resource we all have at our fingertips: LinkedIn.  You should be able to find someone you know in the organisation or else someone who knows someone there.

I recommend a simple but effective approach.  Most people feel proud of where they work and will not want to criticise it. If you’re not clever you risk not getting the full picture from them.  So start with the positive. Ask them the three things they love about the organisation.  You’ll get a flood of information.

Then ask them to tell you three things they don’t like about it.  They are generally on a roll now and you’ll be surprised how open they will be.  You can then reflect whether both the positives and the negatives are pertinent to you and your situation.

What to Check? Tangible versus intangible job factors

There are two totally different themes to pursue.  The first is to assess the tangible factors.

When I worked in corporate banking, many of the older managers clearly and firmly believed that you needed to serve out your time before moving up to the next level of seniority.  You should have heard the disgusting remarks they made when a female manager had a significant promotion!  Even all those years ago, this attitude was out of synch with my world view.

Remuneration and approach to promotions are just two of many tangible areas to investigate.

Just recently, one of my clients refused a job offer.  She was already aware that the company had the reputation of being a tough place to work so perhaps she was starting with a negative viewpoint.  The final sticking point for her involved travel.  There were lots of international trips to make and the company insisted on Economy class travel.  And, they wouldn’t agree to pay for Qantas Club membership. That was enough for my client – she is now working elsewhere.

Tangible issues are important, of course, but nowhere near as critical as the culture of the organisation and the approach / behaviour of your prospective boss.

There’s not necessarily any right or wrong here, but usually you’ll either like the culture or you won’t.

My husband’s company operates Leisure Centres on behalf of local communities. I love working with the staff there in my role as trainer / unqualified HR Manager. They are lively, truly passionate about fitness, practical, direct and fun.  So, even though my own company operates mainly in the corporate world, I still connect very well with the more down to earth culture at Casa Leisure.

However, without naming sectors, I absolutely know where I couldn’t work, where I would be driven crazy and where I would probably polarise people.  Do you?

And the ‘Oh So Important’ Boss

Michael Watkins in his wonderful book, ‘The First Ninety Days’ provides concrete strategies to help when you report to a truly difficult person. But how much better would it be if you didn’t have to make such an effort?

Coming back to LinkedIn, at a minimum, sound out your contacts about the personal qualities of your prospective boss.

There is a senior manager in Adelaide whose behaviour is so notorious that Recruiters despair.  When they advise a prospective candidate who they would be reporting to, many candidates pull out from the application process.  Clearly, it is possible to find out about an individual’s reputation.

Backing out is hard to do

In the Australian version of Married at First Sight, unlike other versions of the show around the world, the couples do not partake in a legally binding marriage, but instead meet as strangers at the altar of a commitment ceremony. They live together for a month, after which time they choose whether they will continue their relationship.  Many of them back out of course.

But when you’ve announced to the world that you’ve accepted that new job, it can be very difficult to back out later.

How to avoid it?

Instead of spending so much emotion being unhappy in a new workplace, it’s quite simple.  Do your homework first. Or as my mother used to say, ‘look before you leap’.