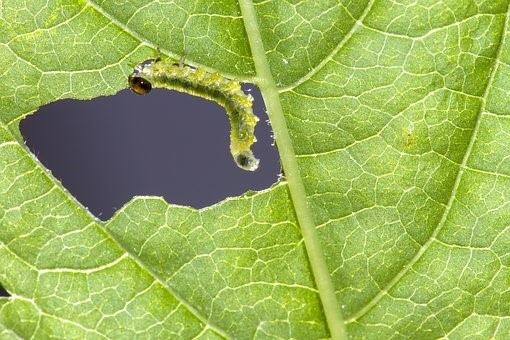 On any one day at work, you are likely to speak more than 60% of the time – persuading, instructing, influencing, explaining, motivating or counselling others.

Do you know whether you use words wisely?

Of course, the message that your Body Language and your Voice conveys to others is critical. Still, in the end, once someone has assessed those elements of your communication, they will be affected by the specific words that you use.

Without realising it, you may be stuck in a Communication Canyon where you alienate the very people you are trying to influence.

Sometimes these words and phrases damage you in your day to day interactions with work mates. Other times, they affect your job prospects at interviews.

Here are the critical ones to avoid.

‘What’s the issue then?’

It is so deflating to put the word ‘quite’ in front of an adjective.

It sucks all the energy out of the room. There’s nowhere much to go in the conversation after that. You come across as a depressor – someone who reduces things to something that is less than accurate. If someone or something is good, why not just say it?

If you use this word in interviews to describe your own achievements or performance, you are undermining your own prospects.

‘I’m quite good at motivating my team’?

It’s almost an oxymoron. Motivation takes intensity and you’ve just said that you’re only QUITE good at it.

Here’s what can you say instead, if you can’t get the word ‘good’ out of your mouth when describing your achievements.

‘She was, like, so impressed with my report and we, like, decided to do one every month.’

Am I the only person in the world who is driven mad by this current verbal tic?

It seems to have replaced a previous verbal tic ‘you know’ which you don’t hear much anymore. Perhaps it is a generational thing, as it seems more prevalent among younger people.

Regardless, you are never going to be taken seriously as a Manager or Executive unless you eliminate this horror from your vocabulary.

‘But we’ve already tried it. It didn’t work.’

Most Senior Managers and Executives are strategic. They are conceptual and make leaps of logic that others may find hard to follow. They also tend to be enthusiastic about their ideas.

Now you might think that your common-sense objections are important and will ensure that your Manager’s (probably crazy) ideas will not end up wasting everyone’s time.

Here’s the problem for your career. Nothing drags a strategic person down more than the word ‘but’. You come across as a naysayer, someone who is stuck in the past and resistant to change.

It’s not a good idea for your boss to think that about you. Do it too often and you’ll probably find that you are sidelined from critical work, miss out on promotions or mysteriously have your role made redundant.

‘I met with our client and talked through lots of stuff with him. He was really happy.’

Using this word in everyday work life is probably only a minor issue.

It becomes more dangerous in interviews. Presumably this ‘stuff’ was good ‘stuff’. If it was, elaborate on it and give precise details of the value you added. If it wasn’t worthwhile, don’t mention it at all.

If you use this word once in interviews, you are likely to use it often. The impression you leave is one of vagueness. I’m not likely to be attracted to you, nor hire you.

‘So my little patch is going well.’

The problem was that the region referred to consisted of all of Europe!

I came across this one the other day from a female Executive. It’s a little bit like using ‘quite’ to describe your achievements. Almost like a ‘Aw, shucks, I’m just an ordinary gal, nothing to see here.’

You might think that minimising the scope of your role or achievements makes you sound appropriately humble. Instead, it’s actually an insult to your organisation and your team, as well as plain silly.

You don’t have to sacrifice self-confidence to practice humility. Confidence is a self-assurance arising from an appreciation of one’s true abilities, whereas humility is having a modest opinion of one’s own importance.

You are giving the listener permission to downgrade you and your achievements. You will not be treated seriously if you don’t describe your own achievements accurately.

‘Youse all need to come on board with this Lean Manufacturing stuff.’

I can’t believe that this word is even making the list.

This error is a very serious breach of the English language and it automatically paints you as uneducated.

Thankfully, it is increasingly rare to hear anyone at the Manager or Executive level stumble here. However, I do hear it occasionally from Supervisors, who often manage large teams.

If you use this word with your team, there will be a significant number who will cringe. They may then struggle to separate their horror at your poor English from their respect for your judgement and leadership. This undermines your credibility and possibly your power.

‘That was a nice report you delivered. Thanks for that.’

If you use this bland word, you are missing an opportunity to add colour to your language. A Persuader has the ability to paint pictures with words. Apparently, the breadth of the average person’s vocabulary is in decline, so here is your chance to shine. Look for ways to be clearer, sharper, and more eloquent in your communication.

In a recent Robert Half Management Resources survey, workers were asked what skill they think their manager needed to improve most. The top response, cited by 30 percent of workers, was “communication and diplomacy.” An even higher percentage of millennial professionals (36 percent) said their bosses need to improve communication and be more diplomatic.

Use simple, direct and concise language to be taken seriously at work and in interviews.