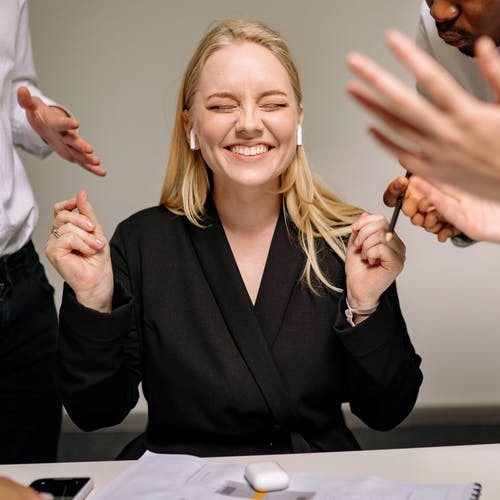 I’m often approached by someone who is in despair about their lack of job search success.

One of the first questions I ask relates to their conversion rate.

By that I mean, how many applications result in an interview and how many interviews lead to a job offer. Most people are surprised that I ask this question. In turn, I am shocked that job seekers could ignore such basic analysis. How can you work out what needs to change if you haven’t dissected the numbers?

We’re all familiar with the quote about lies, damned lies and statistics. Still, sometimes numbers can be your friend.

On average, each corporate job offer attracts 250 résumés. Of those candidates, 4 to 6 will get called for an interview, and only one will get the job.

This may be depressing, but it’s also quite telling. Clearly, the greatest hurdle lies pre-interview. Here is a list of common errors:

Today, I’m going to focus on the résumé and highlight nine statistics from key sources such as Glassdoor, Jobvite, Careerbuilder and Zety so that you make it to the interview stage.

1. Recruiters take an average of six seconds to scan a résumé

The obvious message from this statistic is that Less is More. If you don’t manage to win your audience over on Page One, your campaign is done and dusted. Every line on Page One is worth its weight in gold and you need to be strategically ruthless about how you use each one.

So, on this most-valuable-of-pages, do not list your Year 11 school results. Avoid details of training courses you’ve completed. People don’t want to read about every job you’ve held since University.

As an aside, other statistics state that the typical length of a résumé is one page. That’s not the case here in Australia, where the average résumé is 3-4 pages long.

However, the fact that many other places in the world prefer such brief résumés is a hint to those of you who are attached to detailed content. No one will read it. You damage yourself immensely.

Instead, think of the most short-tempered person and write your first page for him/her. Get to the point. Focus on achievements rather than responsibilities. They are much more interesting and provide evidence of your value.

2. 54% of recruiters will reject a résumé that isn’t customized and tailored

To a certain extent, how much you need to muck around with your résumé depends on your power in the market place.

A few years ago, I worked with someone from the FMCG industry. ‘Ralph’ operated in a technical area where there were limited opportunities and I was very worried about his job prospects. He applied for a role in the mining sector which is notorious for not accepting applicants from outside of the industry. Ralph made the most minute changes to his résumé so that he covered every single element of the job ad and the Position Description. At the time, I thought it was a bit of an overkill but I ended up changing my tune. His hiring manager told Ralph that he had never seen such an excellent résumé and he won the role.

At the other end of the spectrum, one of my good friends was an SAP software consultant in Adelaide. At the time, there was a world-wide shortage of them and she literally had employers flying in to interview her. She ended up working in Washington DC and I often joke that she could have handed in a half page résumé on a scrappy piece of paper and still get a job offer. That’s the perfect example of market power.

Regardless of whether your skill set is in short supply or not, I advocate that you behave more like Ralph. A great résumé does more than ensure that you make it to the ‘Yes’ pile. It makes the employer want to meet you. It makes them start to worry about what they might have to do to get you to sign up with them. It swings the balance of power to you.

Given how valuable the real estate is on Page One, how much space should you devote to listing the jobs you’ve held?

A neat trick is to include a brief 4-5 line table listing your most recent roles. That way, the employer can see exactly how your background is relevant to their advertised job but you still have room to sell your most recent job on the page. Keep each role to one line on this list and slide it in under the Profile/Career Summary Section at the top of the page.

It’s blindingly obvious that deliberately lying is not a good idea but it’s often more complicated than that. Many people don’t mean to lie, but may still cause the recruiter to think that they have.

Your content may appear false if there’s no internal logic in your résumé. One of the most common ‘lies’ is when someone states that they have excellent attention to detail and then includes an incorrect date or makes a typo (or usually, more than one typo). Another is when there is an ambit claim to numerous skills that do not make sense, given the work history that is outlined.

Further, your content should gel with the impression you convey when the employer meets you at the interview stage. There’s no point describing yourself as ‘nuanced and influential’, for example, if your communication style is as subtle as a bulldozer. The recruiter will think either that you are lacking in self-awareness or that, indeed, you are a liar.

5. 60% use your résumé to assess cultural fit

This is interesting. How can you possibly show cultural fit in a résumé?

Many recruiters assume cultural fit if you have worked in a similar sector. If few people would recognise the name of your previous employers, make sure you include a brief outline under each role to make the link clear. And, whether you come from the sector or not, use language that they are comfortable with and would relate to.

6. 62% of employers are specifically looking for soft skills

Unfortunately, soft skills are the most difficult to write about. At a minimum, ensure that your content matches the seniority and complexity of the role. Let’s take ‘Communication Skills’ for example. Obviously, it’s not very convincing to merely state that you possess these. Instead, provide examples that are linked to the job. For example, if you were applying for a senior government policy role, you would outline your achievements in relation to writing Ministerials or briefing notes for press releases.

I think that ‘Leadership’ is the most difficult quality to highlight in a résumé. Include appropriate statistics, if you have them e.g. a decrease in absenteeism / reduction in Lost Time Incidents. Alternately, paint a picture of your methodology so that it causes the reader to want to meet you to learn more.

7. 72% of résumé errors come from the miscommunication of skills.

It’s hard to know what this actually means.

Your best option is, of course, clarity. Examine similar job ads on a portal like seek.com.au. Find out the exact language that is used by your industry. Use precise terms in your résumé.

8. 16% of employers want a résumé to contain links to personal blogs, portfolios or websites

This recent phenomenon will no doubt be a growing trend. However, be careful. Of course, provide the link to your LinkedIn profile or to an online portfolio. Personal blogs and websites are more dangerous.

Blogs are expected to be written with personality so that the ‘voice’ of the writer is very clear. Check that your tone matches the culture of the organisation you’re targeting. Balance selling against humility. If it looks like ‘you’ve got tickets on yourself’, it could work against you, particularly in a culture like Australia.

I rarely see any accomplishments on résumés let alone tight, well-written and targeted ones. I recently emailed the link to our excellent résumé infographic to someone and still he failed to add achievements.

There’s a simple formula that isn’t that hard to apply. Here’s some guidance:

1.      Specify an action you took at work, using the past tense

2.      Finish with the result of that action and quantify wherever possible

There you go. Implement that approach systematically in your résumé and I’ll be out of a job.

I’m going to make a confession here. For the most part, our résumés are truly outstanding. Clients usually get feedback from the employer that their résumés are very precise and specific –even though they may not have actually altered them for each job they apply for.

If this smacks too much of ‘near enough is good enough’ to you, create a bank of achievement statements. Then cut and paste them in and out of your résumé according to the position you’re applying for.

Whatever you do, don’t think the résumé is the be-all and end-all of job search. Stop tinkering endlessly with it. A much better use of your time is to get on the phone and arrange a networking meeting. So, yes of course make sure that your résumé is an attractive and compelling document. Then, leave it alone and venture out.

One final word. Accompany your résumé with an excellent one-page Cover Letter. Statistics highlight that 45% of people fail to make it to the interview because they don’t send in a Cover Letter.