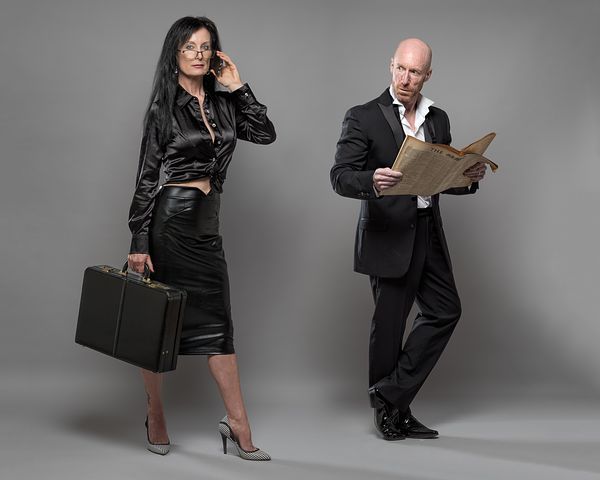 Are you unknowingly sabotaging yourself when it comes to internal job applications? Do you assume too much and not prepare properly for the interview process?

One of the services we are sometimes asked to deliver is to an organisation which is doing an internal restructure where employees are asked to reapply for new roles.  We deliver our Career Decision program to help individual staff members decide whether they wish to participate in the process. And, if the answer is yes, we then swing into action to help them apply for the new internal roles with as much skill as possible. Application letters, résumés and interview skills – these employees get our full support at every stage.

That’s all very well if your organisation provides you with such support, but what to do if you are left to your own devices? Or, what is if there is no restructure – you’re just applying for another role in your organisation?

The first thing I suggest is to either find an astute friend or pay an expert. I can remember years ago when I left my first job. One of my colleagues helped me write a marvellous résumé that stripped out industry specific jargon, sold my transferable skills and worked a treat out in the market place. Thanks, Eileen. If you are job seeking in the Visible Job Market, a strong résumé is absolutely critical.

If you don’t have an “Eileen” in your life, it might help for you to ask yourself how much you like working for your organisation and how much it is worth investing in that?

A skilled Career Consultant will help you achieve what I call the “Halo” effect – not just that you win the role, but that your new boss can’t wait for you to start.

Don’t take anything for granted

Whether you seek external support or not, at a minimum, go through the whole process very seriously and with rigour. Don’t rely on…

the fact that your employer knows you…

that you have done well in the role to date…

that they know what you are capable of.

Pretend that you are an external candidate and do everything properly.

A few years ago, I was asked to sit in on an interview process for a Not for Profit organisation. One of the applicants was internal – a female employee who was looking for a promotion. The role was at the General Manager level and she turned up looking neat and tidy in a skirt and plain shirt.

The CEO was exasperated and insulted. She turned to us on the panel and told us that she had advised the woman to treat the interview process seriously, to dress in a way that was appropriate for the seniority of the role. Coincidence or not, this applicant was not successful. It’s not a good idea to alienate your decision-maker.

Tip #2: Sound as though you are still full of wonderful, new ideas
Many years ago I helped a Sales Manager as he transitioned out of my client’s company. He had not been successful when applying for his own role in the restructured department. A couple of years later, I was talking to one of the senior executives of the company and he mentioned this particular Sales Manager. The Executive said that when he was asked in his interview what he’d do differently in the role under the new structure, the Sales Manager said: “Nothing”. Needless to say, the decision-makers were less than impressed and he missed out on the role.

Tip #3: Improve your Salary Negotiation Skills
At yet another interview I attended, an internal applicant was applying for a role that moved her sideways but at the same salary level. At the end of the interview, she asked whether there was any flexibility with the salary level. After she left the room, the Manager immediately ruled her out of the job, stating firmly that clearly the salary on offer was too low for her, that she would not stay in the role and that it would be a waste of time appointing her. I tried to argue in the candidate’s favour, but to no avail. Her lack of Salary Negotiation skills meant that she was not offered the role.

Tip #4: Make your Changes when they Matter
I was once chatting with a Director of a government department who said to me that she could never promote one of her staff members, who was at a senior level because she wore running shoes at work, even when meeting with external clients, which the Director thought was inappropriate. We could argue that the Director could have had a chat to the employee about her office attire, but the point is that she didn’t. And, the employee missed out on a promotion without ever knowing why.

Tip #5: Take advantage of Career Support
Not long ago, we provided support to an organisation that was asking their Senior Managers to apply for new roles. The CEO had identified a young Manager (let’s call him Steve) for a key strategic planning role. Steve thought that he was a shoe-in for the role and didn’t take up the offer of interview skills training. No surprises, he subsequently performed very badly at the interview. The CEO was most unimpressed but, luckily for Steve, allowed him to have another go. This time, Steve scraped through and was awarded the role. How much damage he had done in the eyes of the CEO is an unknown, but the real point is that it was totally avoidable.

Translating from the Written Word to Behaviour Change

Information and tips on how to manage the mechanics of applying for a role are easily found on the internet these days. It doesn’t seem to be enough, though. I suspect that we humans often need to talk things through to make sense of these career “Life Skills”.

So, to repeat myself, find an astute friend and run through your proposed plan of attack. Or, of course, consult your friendly neighbourhood Career Consultant… It’s our job to help people maximise their opportunities.