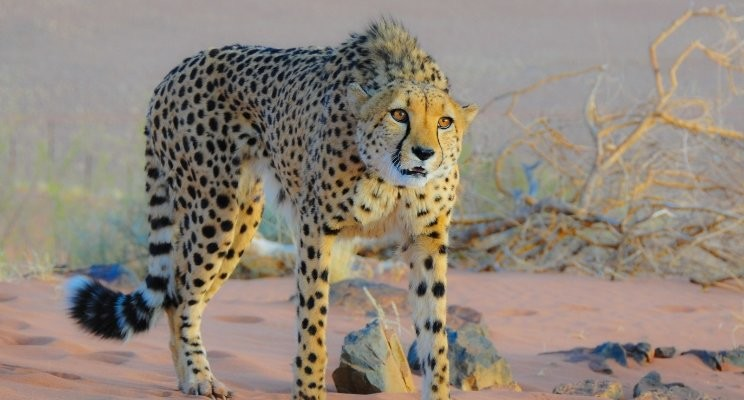 Hmm, recruitment costs up and good candidates down.  Welcome to the harsh reality of 2021 in Australia. And with immigration going nowhere any time soon, it’s only going to get worse.

27% of Australian businesses are having difficulty finding suitable staff, according to survey results released by the Australian Bureau of Statistics, with the most frequently reported reason being a lack of applicants (74%).

There are insider reports suggesting the average number of applicants per job has dropped from 50–60 in previous years to just 15, depending on the industry. And recruitment costs are going up. The average cost per hire is around $21,000, which is significantly higher than the prior $5,000 estimate. This is an average based on ANZ’s average cost of hiring for a new executive ($34,440), senior-level management ($23,059), mid-level hire ($17,841), and entry-level positions ($9,772).

So…Lean, agile and dynamic like that leopard? Does that describe you and your recruitment practices?

If not, it’s time to make significant changes so that you snare the best of the best.

Guess Who’s in the Driving Seat?

Part of my job as a careers specialist is to use my knowledge of current recruitment practices to help my clients. Along the way, I hear all sorts of stories about behaviour from hiring organisations that alienates the best and the brightest.

If you’re after a top candidate, here’s some off the record feedback about easily-avoidable traps so that the stars willingly and eagerly sign on board with you, rather than with your competitors.

1. Don’t be a sloth. Move the process along with speed.

‘If they’re as inefficient running their business as they have been in their dealings with me, I don’t actually want to work for them.’

Do I even need to mention this one? I’m yet to receive my first online delivery deposited by a drone but apparently that day is not far off. Surely in this day and age, any astute Manager realises that candidates will judge an organisation which moves slowly very severely.

Just think it through. If someone is applying for your role, it generally means that they want to leave their current role. Do you really think that yours is the only job that they are applying for? My clients generally have at least 6-10 advertised opportunities that they are investigating at any one time, let alone the leads they may be chasing through Job Search Networking.

Government and the Not For Profit sector are particularly bad culprits here. It is more understandable in government roles which almost always require a panel of people to choose the short list and then to be available at the same time to interview the candidates.

There is no excuse for the NFP sector. Yes, many Executives in the NFP sector come from government and bring those clunky recruitment processes across with them by default. However, there’s no obstacle to changing them. It’s time to do some research about best practice and bring yourselves up to date.

2. Don’t pin your candidates down at the start when it comes to salary.

‘Their stupid website wouldn’t let me finish the application unless I put my current salary in. I wanted to put $0 in just to shut them up.’

As more and more organisations insist that even Executives apply via their online recruitment portal, do an external review of how appealing or, more importantly, how alienating your process is.

I have had many a conversation with a senior executive who is both frustrated and furious at being expected to nominate a specific salary in a text box before being able to move on. This is an issue on so many levels:

Effectively, you are asking the employee to help you to negotiate against them. This is quite unreasonable.

3. Show respect. Do what you said you were going to do.

‘They said they’d call and let me know before the weekend. But they didn’t. I wasn’t going to put my life on hold any more so I accepted the other job.’

These days, most service providers send you a text reminder about an upcoming appointment and can be quite strict about charging cancellation fees. Time is clearly money.

It’s no different with your candidate. Good candidates are busy people with lots happening in their lives.

At a minimum, you should quickly contact a candidate to advise of any delay. One delay is probably reasonable; the more you keep shifting and changing, the more foolish and incompetent you start to look. What amazes me is that so many organisations don’t seem to mind or be embarrassed by this.

Don’t expect your candidates to wait until you deign to contact them.

‘I was in the middle of answering my tenth criterion when the system crashed. I just gave up. It was SO boring. I had two other jobs I was applying for and couldn’t be bothered starting again.’

If the private sector can manage to recruit using a Cover Letter and a résumé as the basis of deciding who to interview, why can’t the NFP sector? Again, it is a hangover from old fashioned processes used by government.

I can remember helping a young family member who was asked to address 14 criteria in a two page letter. When I phoned the HR Manager and respectfully suggested that this was not possible, I was gob smacked by her response, ‘Oh, just choose a few to answer.’ What an unfair choice to expect a young graduate to make! How about learning to assess the content of a résumé to see if the candidate has what you are after? (You can tell that I was particularly hot under the collar about that one.)

‘I felt like they slapped me down. They’ll only give me 3 months pay if they terminate my contract without cause.’

Once someone starts in your job, their redundancy entitlement reverts to zero. My CFO client knew that it would take her several months to find another role if she was made redundant unexpectedly. So, she asked for a 6-month payout if this occurred. I often call this a contingent liability in that the organisation only has to pay it out if they are engineering the change, in which case they should be paying it out. It could also be viewed as an insurance policy that the employee takes out with you.

Any senior executive without some reasonable parachute clause is clearly going to be uneasy in the job. More to the point, an employment contract is an essential part of protecting the interests of both the employee and the organisation. Why would you not expect executives to want to protect themselves? Why would you not allow them to protect themselves?

6. Understand that the candidate will be evaluating you just as much as you are evaluating them.

‘He was quite rude to a fellow staff member who took his meeting room by mistake. The other guy didn’t know where to look.’

My client, Rob, had checked out his prospective new boss on LinkedIn and found someone who knew him. The feedback he received was a bit lukewarm, so I suppose Rob was already wary when he experienced that behaviour before his interview started.

Rob was invited back for a second interview but ended up turning down the job offer. There were too many bad signs and he had too many other prospects.

‘He seemed to think that vigorously pumping my hand as he met me would make up for the fact that he never looked me in the eye during the interview. Well, it didn’t. There was nothing fun about that interview.’

The HR Director had stated that he would not be looking at my client during the interview as he wanted to take notes. Now, our society has strict Body Language rules, but he clearly thought that his need over-rode basic manners.

Perhaps the HR Director also had the very old-fashioned notion that he, as the prospective employer, held all the power. You know what I mean…’I’m the interviewer and I’ll decide what happens here’.

My client had previously identified Fun & Humour as being essential for her to be happy at work. Need I say that she turned down the role?

The whole world is a small place these days when it comes to a bad reputation. You might want to think about the following questions:

Finally, here’s some rhetorical questions for you.

Why not start with an approach which recognises that recruitment is a process where both parties have power?

Why not make it fast and efficient?

But most of all, why not make it respectful?

Just today, one of my clients spoke warmly about a wonderful Recruiter she was dealing with in relation to an advertised role. It can be done.