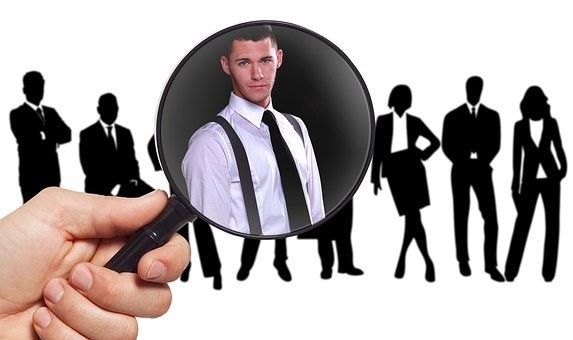 Maybe I have an unusual lens when it comes to recruitment, because of my background. I’ve been a People & Culture Manager for a good few years. I’ve also sat on the other side of the fence and coached heaps of clients to succeed in job interviews.

In my P&C role, I work for a company where we operate on the smell of an oily rag. It’s also a very practical place where Managers don’t want to waste one second if they don’t have to. This means any recruitment practices must be both efficient and effective.

With my Career Consultancy hat on, I’ve seen the difference that skilled training can make to an individual’s interview performance. I often say, ‘I can’t change who you are, but I can make you cleverer than your competitors so that you get the job and they don’t’.

Now, that’s great for my clients, but if you allow yourself to be fooled by such training, it means you’re probably missing out on that better candidate.

We all know how tight the job market is and it’s not likely to change any time soon. So, in no particular order, here are six tricks and insights to help you recruit better. The great thing about them is that, at most, they only add 5-10 minutes to your interview timetable. Talk about bang for your buck!

Do the Maths, as they say.

An interview takes at least 40 minutes of your time. Plus, once you’ve scheduled a few of them, you often lose energy. Even if no candidate shines, you usually can’t be bothered starting the process again and end up settling for the best of a bad bunch.

You can learn so much from a 5-10 minute phone call. It speeds up the hiring process. Most of the time, it reveals if the applicant is actually intelligent and competent enough to bring in for a face to face interview. You can narrow a large list down and quickly identify the most suitable candidates.

In my case, I need a Practice Manager with a warm manner and correct language, and you just can’t tell that from the Cover Letter or résumé. What about you? Surely, it’s better to quickly eliminate candidates with little energy or enthusiasm rather than be trapped listening to them drone on in an interview. I delegate the task to a staff member who knows our tone and our culture. She does a wonderful job and saves wasting everyone’s time.

Yes, attitude and cultural fit are extremely important but you are also hiring someone to perform technical tasks. Doesn’t it make sense to check this out?

If my micro company can do this, so can you!

We ask candidates to come in 30 minutes early. They complete short exercises to test their IT skills and their grammar and punctuation. Each assessment has a sliding scale of increasing difficulty, so that the candidates get at least some of the answers right and I have a precise idea of their skill level. I created these tests myself but there are plenty of suppliers you can access. In my HR role at the Leisure Centre company, we added an external Emotional Intelligence assessment for Managers which provided us with very useful information.

A well-constructed role play gives you so much intel. Based on the scenario they are given, candidates prepare. Then, bang, they’re confronted with behaviour they could never predict. I’ve been amazed at what comes out of people’s mouths. After two or three minutes, it’s all over but boy have you learned a lot about the person!

I focus on the behaviours or skills needed in the role. When our Leisure Company was hiring a WHS Coordinator, for example, we wanted someone who would have good influencing skills.  So, I set up a scenario where the Manager tried to pull rank about a safety issue and listened for how each candidate dealt with it. It was illuminating.

The tedious part is writing the role play. After that, you just need someone to play the other part. I always treat each candidate with respect. I don’t create a ridiculously over the top scenario. I allow them the chance to succeed, rather than embarrass them.

In essence, assessing candidates comes down to three questions:

Once you’re at the interview stage, considerations about ‘fit’ become more dominant.

All societies have strict rules about body language and they play a huge part in the hiring decision for most interviewers.

Let’s say you interview someone with poor eye contact. Instinctively, you don’t like it and so you rule that person out. Now, in my experience, many introverts struggle with eye contact. Or, the candidate might just be nervous. It doesn’t mean they’re not going to make a great employee.

Ask yourself whether eye contact really matters in their day-to-day interactions. Question whether their folded arms make them an evil person. Consider ignoring the way they slump in their chair.

It’s possible they only break the rules in an interview not in normal life. You’re never going to know unless you actually hire them.  And, as I said earlier, is it actually important? If you like everything else about the person, consider ignoring their ‘errors’. Or, set up a further coffee meeting. See what they’re like in this more relaxed setting.

Of course, this means you need to be aware of whether you are influenced by poor body language. And you need to change from viewing the job interview as a test. If you really want the best, you’ll be prepared to look beyond what may well be superficialities.

In our small office, we all need to gel. When I hired my last two team members I didn’t want to be fooled by a polished delivery. So, I searched out unusual interview questions that candidates couldn’t possibly have expected. I wanted to get the truth and uncover the real person beneath the normal interview formality.

This didn’t mean trapping them with silly questions like, ‘How would you find out how much a jumbo jet weighed without googling it?’

My Practice Manager Bek gave a wonderful answer to a simple query, ‘Who do you admire most in the world?’  A few years later, a response from Kim to another unusual question had us in fits of laughter and we happily hired her.

Candidates who prep well or who are coached well for standard behavioural questions are almost certainly going to perform much better in an interview. However, it may bear little resemblance to their on-the-job behaviour or performance. Beware!

One of our employees in the Leisure Company was great at his job. He was meticulous, had wonderful attention to detail and was a hard worker. The trouble was he was leaving us to apply for a job which was all about creativity and nuances.

He asked me to be a referee and I was duly sent an online questionnaire to complete. I answered honestly, all the time thinking that he wasn’t suited for the role. He won the job and he’s happy. I’m not sure if his new employer is equally happy.

As a starting point, phone the referee. Listen for hesitations and changes in their tone of voice. I always end with the following question.

‘Would you hire this person again to do the same job?’

If there’s a pause, it tells you everything. I can always remember asking the question in relation to Bek’s previous employer.

‘In a heartbeat!’ was the answer and they were absolutely right!

Everyone in your organisation knows when you make a bad hiring decision. I think it makes most Managers play safe. They don’t want to end up with egg on their face so they often hire a B-grade applicant whose background and experience matches the role. That way, they can justify their choice if something goes wrong down the track.

How long is it since you reviewed your recruitment practices?

My six suggestions aren’t that radical. Even if you implement just one of them, you’re on the right track to better recruitment and better results at work.

When you see your new hire in the corridor, wouldn’t you love to think, ‘It’s great having her on board. She really knows her stuff and she’s so good to work with’?

The famous quote from Einstein comes to mind.

The measure of intelligence is the ability to change.