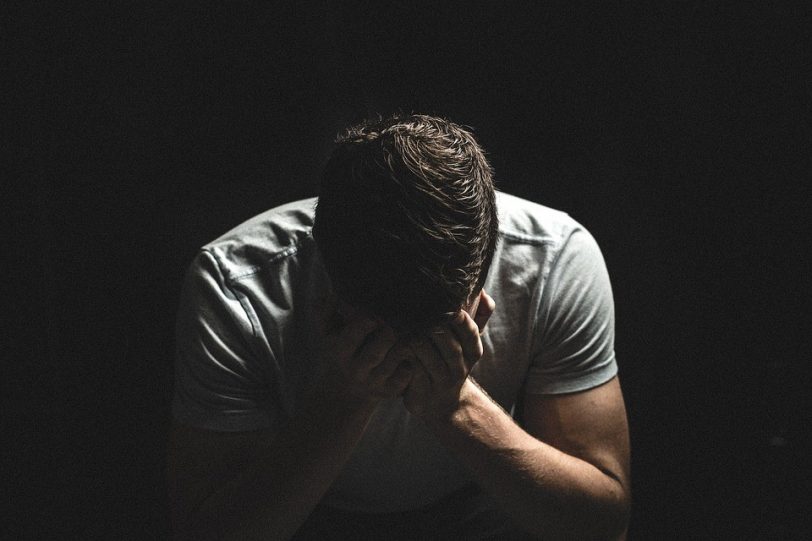 Some of the most authoritative research around today shows that there is a vast gap between male and female job satisfaction when it comes to the current make-up of work in the Western world.

It’s being called the Happiness Gap.

Research from the US Federal Reserve and respected economists Greg Kaplan and Sam Schulhofer-Wohl from the University of Chicago shows that work has become happier and more meaningful for women, but more stressful and less meaningful for men.

Men are dropping out of the workforce at a much greater rate than women. The message is that many of them do not WANT professional, social assistance and services jobs. They prefer practical tasks rather than work in a ‘touchy feely’ work. And yet, these are the roles that are disappearing.

1. Think outside the square

Some years ago, I did a lot of work with prison guards who could not return to their workplace because of an injury.

I was just one more in a series of so-called experts who were meant to help them to return to meaningful and enjoyable paid employment. They typically came to see me in a very bad mood, furious about the new roles these experts had put forward as suitable for them.

When I asked them what they had learned about their work preferences from their Vocational Assessment results, you could almost see the steam coming out of their ears! After hours of assessment, they had generally been presented with 3 ‘suitable’ roles for them to explore. Needless to say, the chances of these jobs hitting the mark with them were pretty well zero and my Correctional Officers were negative, disillusioned and unhappy.

I took a different approach. First, we completed a series of what I call ‘simple but telling’ exercises, designed for them to select and identify their own workplace preferences. Then, we used this information to EXPAND their thoughts about other suitable jobs. This was along the lines of, ’If you’re good at and really like this, have you thought of that?’

My Correctional Officers usually wanted to stay in government which made our task extremely difficult. The problem was that the State Government had shipped most operational roles out to the private sector, so there were slim pickings indeed for them to compete for. Yet, we did it. We had amazing success in helping our clients identify other roles in government that would satisfy their needs so that they WANTED to turn up to work each day.

In 2017, Adelaide faced massive disruption from the closure of the Holden factory in Elizabeth. Most of the workers in the entire automotive supply chain were affected. These employees generally preferred practical, hands-on roles and the worry was that those roles were disappearing from the landscape.

I can remember stating to a radio journalist that I didn’t think it would result in a doomsday scenario. (At the time, I was probably one of the few in Adelaide of that opinion.)

I told him that I had been working with employees of one of the key suppliers to Holden and I was so impressed by them. We had started working with them more than 18 months out from the closure date and they were VERY well prepared for the change. They were sensible, realistic and focused on outcomes. And they possessed strong career marketing skills.

The employees across the entire automotive supply chain had access to amazing resources, particularly from the Holden Career Transition Centre.

Recent statistics show that I was right. Workers moved into related industries, new industries or other firms in the same industry. They had strong résumés, knew how to uncover jobs and they had good interview skills. Because they were well skilled and well prepared, they didn’t need to panic and they presumably found work that made them happy.

What if you are like the Holden employees and face the shut-down of your entire industry?

The easiest roles to win are those where you do exactly the same thing as in your current role for a new organisation.

This isn’t always possible and doesn’t always happen. Especially in the corporate world, the new company is usually a competitor of the current company and most people specifically do NOT want to work for them.

Moreover, sometimes the jobs just do not exist anymore. During the Global Financial Crisis in Sydney, vast swathes of senior finance executives were swept from their jobs. They were forced to reinvent themselves.

And then sometimes people just want a change from their industry and possibly their technical area of expertise.

In any of the above situations, YOU will need to help the next employer to see the link between your skills and their needs. Don’t expect them to see these skills as transferable. Clarify in your own mind the benefits you bring and then ensure that you are able to convey them in a compelling manner.

Once a job advertisement hits the marketplace, you will almost never be considered unless you exactly match the stated requirements – especially in conservative cities like Adelaide. The number of times I know of wonderful clients who cannot get past a Recruiter is truly depressing!

If you want to or have to reinvent yourself, your best move is to get yourself in front of your decision-maker BEFORE they have crystallised what they are after.

At the risk of boring people with my endless harping about Job Search Networking, it really is wonderful. Almost nobody knows how to do it correctly and almost nobody is brave enough to do it. What an advantage you have if you are the rare beast who implements a strong campaign!

And then there’s Direct Employer Contact. Do you know that it is generally regarded as being TWICE as successful as applying for an advertised role?

When I worked as a career specialist in Malaysia, my clients were quite comfortable about cold calling. I have yet to persuade an Australian to undertake it. I’ll tell my clients that I’ve had to do it for 20 years and that they will only have to do it for a few months till they get their next job. My argument never works, though. They struggle to get their head around Job Search Networking let alone Direct Employer Contact!

This is a serious issue. The overall rate of men either in work or looking for work is falling. Moreover, the American study’s authors point to rising rates of substance abuse and suicide among unemployed men.

If this is affecting anyone close to you, help them directly or get them access to help.

If it’s affecting you, it’s likely that you’ll need to make some changes.

When it’s tough to get a job, you need to be tough.

You need to have a…

If you do, you get the job and your competitors miss out. It’s as simple and as ruthless as that.

When you do it well, you not only get a job, you get the RIGHT job that makes you happy.